Last week Microsoft revealed one of its exciting new projects, the HoloLens. The headset gives the illusion of virtual images being projected on top of the real world. I really like what Microsoft’s vision is here. There are so many useful applications of this device whether at home, in the workplace, in education or in science. I particularly love the 3D modelling aspects of the tool. It’s putting design into context and removing the potential barrier of screen and input devices. 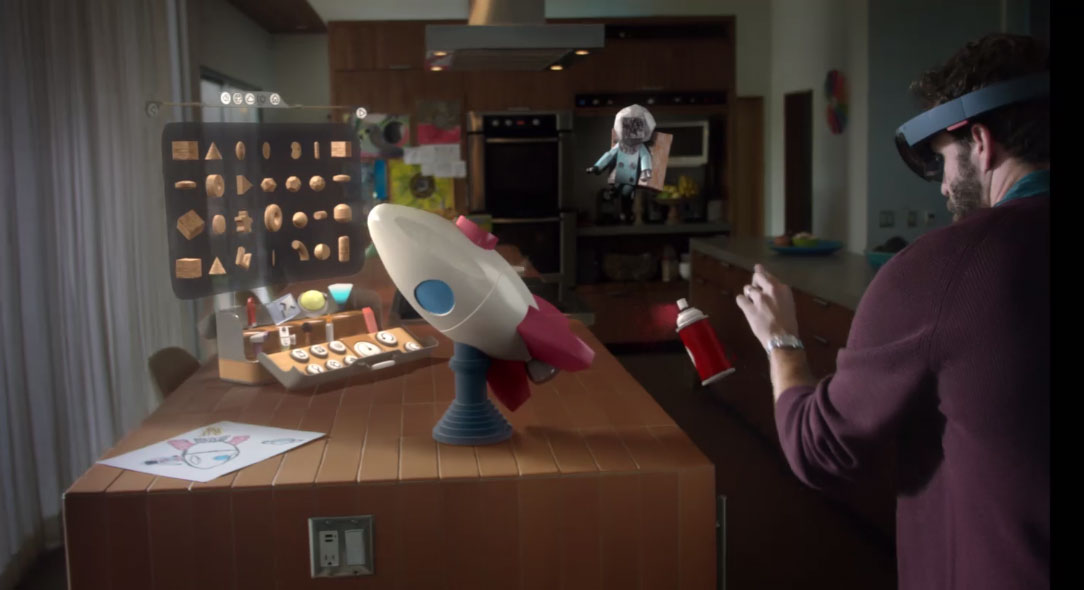 Fair play to Microsoft for attempting to take the VR and AR worlds to the next level. That’s what this is, a whole of new level of interactive Augmented Reality.

What is really interesting, however, is the product name and the language that Microsoft is using. They have not just added ‘Holo’ in the title to make it sound cool. They are using the words ‘hologram’ and ‘holographic’ a lot in their brand messaging. Their landing page has no fewer than 28 mentions of the word ‘hologram’ or ‘holographic’. I don’t think this is a decision Microsoft took lightly. Because, let’s be clear, these are not holograms. And I would like to think that Microsoft knows this.

I have followed holography since the mid-80s when I was child staring in awe at the holographic images in the Camera Obscura in Edinburgh. I’ve followed the technology through the years, hoping that one day we will be able to watch physical 3D holograms like the famous Princess Leia hologram in Star Wars.

Hologram is a term which is often misused. It generally refers to images recorded using a laser which look 3D when viewed. Initially holograms were generally 2D images which looked 3D when you moved your viewpoint around it. The term has also been used in sci-fi to describe the physical 3D images such as the aforementioned Princess Leia one. The general rule is that it needs to appear 3D and not involve any apparatus on your eyes. 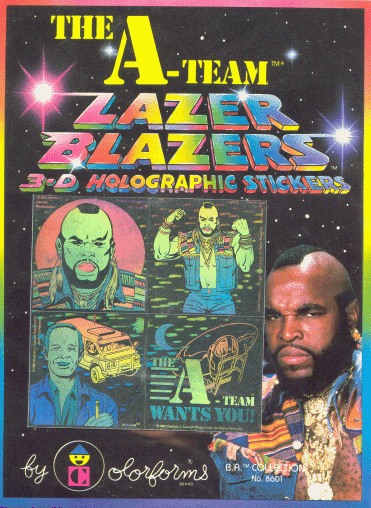 The term, however, has been hijacked for various means over the years. Do you remember Lazer Blazer ‘3D holographic stickers’ you used to get back in the 80s and 90s? They were called holograms but they were really just shiny coloured metallic images. Some bank cards did have holograms in their little square security picture but others just had shiny metal images. Both were called holograms. The recent projections of Tupac and Michael Jackson on stage, which were really just 3D computer animations projected using the Pepper’s Ghost trick, were both billed as being ‘holograms’.

Are the companies who specialise in true holography tearing out their hair whenever someone uses the term holography incorrectly? I used to do it and now I’m bald. Perhaps I can get some holographic hair one day. Now there’s an idea.

I could happily sit here and get all pedantic about the use of the word hologram and how it has lost its meaning. I really could happily do that. It’s a bug bear of mine. The HoloLens gives you the illusion of a hologram, not a true hologram. And sometimes you need to tell the people what they want to see instead of just telling them what they are actually seeing. If this product puts us one step further on the path to getting actual 3D holograms like Princess Leia then it’s ok with me.

For anyone interested in learning more about true holography then I recommended watching this great video about a man keeping the traditional techniques of holography alive.